Unveil the mystery of Singer Castle

A part of American history and local folklore meet at Singer Castle on Dark Island, located on the St. Lawrence River. Singer Castle is the only remaining/existing castle on our river to be completed, fully furnished and resided in during the heyday of the great builders and industrials in New York. Calumet and Castle Rest (Pullman) were both completed and lived in. (And both were prior to Towers.) The Castle remained in the possession of the original owners, the Bourne family, from its construction in 1905 until the mid 1960’s. Frederick Bourne was the fifth President of the Singer Sewing Machine Company, which is where the name “Singer Castle” came from. When the Bourne family summered there, it was called “The Towers” which comes from the inspiration that Ernest Flagg, the architect whom designed this structure, had after reading the book Woodstock by Sir Walter Scott. 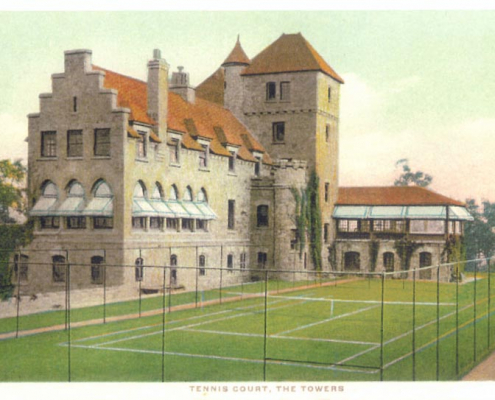 Tons of granite quarried from nearby Oak Island were brought over ice and water from 1903-1905 to construct Singer Castle (at the same time Boldt Castle was being built, Oak Island employees were saved from layoff after Boldt stopped because of construction of Towers.) Mr. Frederick Gilbert Bourne, who resided at the Dakota Apartments in New York City, was a self-made millionaire.

The Bourne family also had a 1,000-acre summer estate in Oakdale, Long Island. Mr. Bourne wanted to surprise his wife Emma and their children with an island hunting retreat. He purchased Dark Island in 1902 and had designed and built the castle originally known as “The Towers” for a cost of US $500,000.

Italian stonemasons were engaged to shape the granite for the 4-story, 28-room castle, 4-story Tower, and an elaborate boathouse (one of three) which housed a workshop and powerhouse and one of Bourne’s steam-powered vessels, the tunnels, turrets and other curious architectural details including a 2-story ice house – essential for fine entertaining at the turn of the century, dungeons and underground passageways. Over 2,000 loads of topsoil were brought from Canada to cover the eight seven acres of rock. 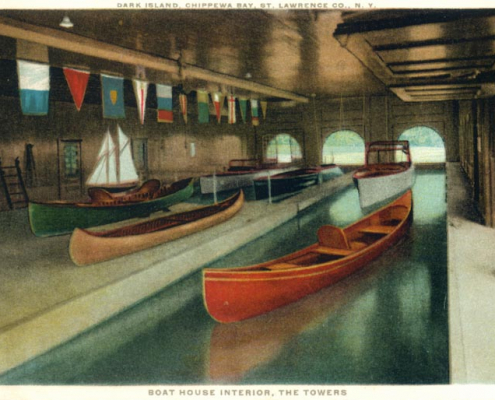 Bourne’s summer neighbor on Ingleneuk Island, the famous American painter and sculptor Frederic Remington, wrote that he could hear construction work as the Castle was being built. Being a good neighbor, he sent a bouquet of flowers to his new neighbors upon completion. American beaux-arts architect Ernest Flagg (1857 – 1947) designed the Castle after inspiration from Sir Walter Scott’s novel about Woodstock Castle (1832) in Scotland.

A leading architect of his time, Flagg was busy with his other clients such as Andrew Mellon and had also completed two buildings for Bourne’s employer, the Singer Sewing Machine Co. One of these buildings was the Singer Tower, which rose 47 stories tall and served as the tallest building in the world for six months. Singer Castle’s on Dark Island has a very unique history that is fun for all to learn about!

When it all began …

Short film from 1906 showing the proud Fredrick G. Bourne and his family visiting their castle on Dark Island for the first time. This piece of rare footage features Singer Castle (known then as “The Towers”) and its grounds as well as images of the island and castle from the water.

Frederick Gilbert Bourne was born on December 20, 1851, and while in his teens started working in the offices of Clark O.N.T. (Our New Thread) Company. (In the late 1800’s, George Clark developed the first thread that was suitable for use on sewing machines.) One night when hearing him sing, Clark invited him to perform for his business associates. In this way Bourne was introduced to the leaders in his field. 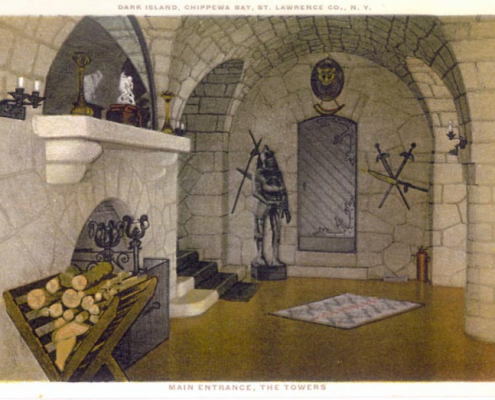 Gradually Bourne worked his way up in the business to the head offices of the Singer Sewing Machine Company and became its Director and President at the young age of 36. Bourne also held the position of Commodore of the New York Yacht Club.

The Castle, originally called “The Towers”, served as the perfect setting for entertaining Bourne’s contemporaries, personalities no less famous as Cornelius Vanderbilt and Vincent Astor. Bourne was fond of fast automobiles and speed boats and like to travel at a very fast pace. (He was once arrested for driving 25 mph in New York in his 1906 Mercedes!)
He commissioned designs for a number of steam vessels, some of which can be seen at the Antique Boat Museum in Clayton. He was remembered as a keen businessman and very charitable to his community. He and wife Emma had 9 children. Bourne died in March, 1919.

What thrilling tales the castle could tell…

The marvels of the island and castle become apparent on arrival. Some of the highlights to see and experience: 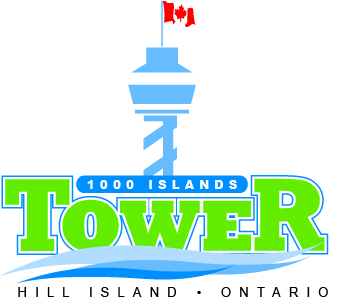